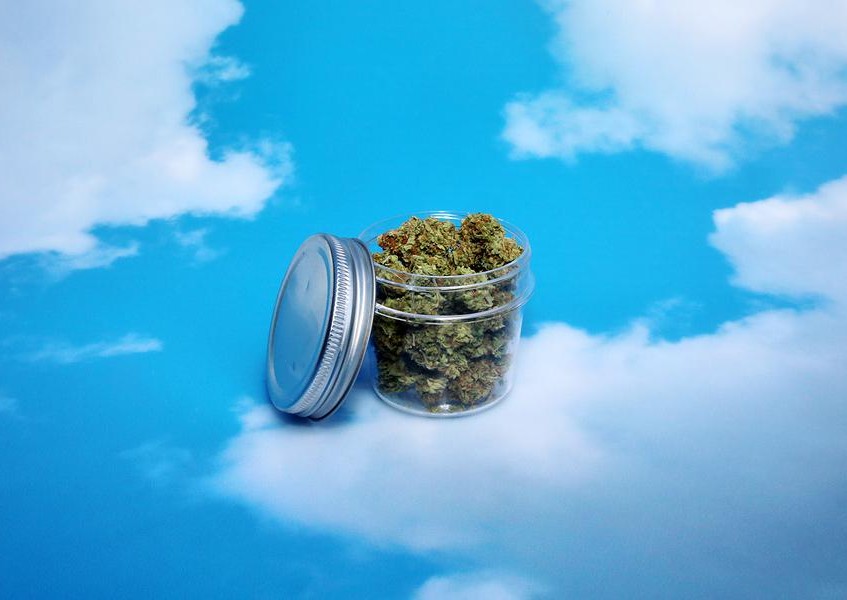 It’ll happen. You probably know from experience. People do get too high on cannabis. It might be a first-time user, or someone trying a potent strain they haven’t tried before. Others get too high from smoking too much too soon.

The side effects of red-eye and dry mouth will likely be too strong. But it’s the behavior while high that presents the real concern. It’s not likely to kill you unless you opt to drive under the influence. But it can cause problems. It might knock you out, or it can loosen up your inhibitions enough to prompt embarrassing social behaviors.

Another real concern are extreme psychoactive experiences. Some strains can trigger paranoia and hallucinations in some users. Most effects will disappear within hours, but the experience can still be frightening enough to seek medical treatment.

The potential for getting too high is enough reason to use cannabis with others regardless of how you consume it. In smoking circles, for instance, everyone should know what is being passed around and what each member’s experience has been. Among edible users, you should let others know what you are using and let them coach and monitor your usage.

3 ways to help if a friend gets too high:

1. Paranoia follows us of many cannabis strains. It also happens in some people more than others. And, some misguided users seek paranoiac experiences. For others, paranoia will discourage future use, probably good for those pre-disposed to paranoiac effects like those already suffering from anxiety and depression.

Paranoia creates a sense of persecution, heightened anxiety, and fear pushing beyond reason. It triggers perceived threats. Paranoiac users think they are surrounded by conspirators, taking even common remarks or situations as personal threats. Such perceptions can become fixed beyond the common effects of a cannabis strain.

Other symptoms include the inability to relax, constant distrust and vigilance, and irritability and inability to forget and forgive. And, in those who keep using, it can be marked by increased social isolation.

What to do? If a friend is showing signs of fear and anxiety, you act quickly to calm them. You should stop their intake and remove them from the environment to a calming place in fresh air or a dark bedroom. Adding alcohol to the mix is counter-productive, but you can encourage them to eat and hydrate with clean water. And, you can distract the afflicted with a shower, music, or videogames.

2. Hallucinations play tricks on the mind. “Hallucination” is commonly defined as a trick played by the brain. Hallucinations differ from paranoia because the individuals feel they are operating in a world essentially different from the real world.

Hallucinations are symptoms of psychosis and schizophrenia created by malfunctions in ways the brain processes. Cannabis-related hallucinations usually last as long as the cannabis elements diminish in the brain and body. But there remain real concerns about the impact on young consumers’ undeveloped brains and psychology.

The illusions may be auditory, gustatory, olfactory, visual, or tactile. They may seem like vivid dreams. Some hold these are symbolic allegories of repressed memories and/or current emotional problems. Others hold hallucinations are keys to experiences pressed into the unconscious mind that have altered the brain leaving neural traces released by several influences including cannabis and other stimulants. And, some cannabis consumers more than others are likely to experience hallucinations because of preexisting physical, neurological, and psychological factors.

What to do? You know it’s the THC content that can trigger psychosis. So, you should avoid high THC strains or switch to CBD options immediately to offset the effects. If a friend is in the throes of hallucinations, you can hold and comfort them. Physical contact can distract and soothe fears and tensions. You might move them to a place where they feel comfortable like a cool darkened bedroom. And, you might place headphones on them to listen to calming music.

3. Brain/body coordination is affected by cannabis intake. Many use cannabis precisely for that loose feeling, amnesiac haze, or distorted sense of place and time. It is can be an escape, after all. It’s also that response that makes it dangerous to drive or operate machinery. If you are consuming with friends, you should agree to watch for indications in each other.

Studies indicate regular cannabis users have differences in corticostriatal networks linked to control and motor learning. It also seems to affect individuals’ memory, reaction time, and their ability to switch between tasks. Apparently, the brain fails to process information as usual, more so with some strains than others.

What to do? You and your friend should stop using for the time being at least. If you observe a repeated reaction in your friend using a specific strain, you should suggest another. You might lengthen the time between your tokes or bites, and you can try to offset the effects.

You should avoid coffee but drink plenty of water. Getting outside for a walk or mild exercise should reduce the effects and restore coordination and alertness.

Cannabis rarely affects the respiratory system like smoking tobacco, drinking alcohol, or using hard drugs. However, in some, it can induce changes in blood pressure and cardiac fibrillation. The limited research has come to no clear conclusion. But it would appear cannabis use will show a slight increase in blood pressure 10 to 15 minutes after intake, an increase that disappears shortly thereafter.

It also seems THC content remains the culprit with CBD content influencing positive blood pressure results in those with hypertension. Blue Dream, Northern Lights, and Purple Wreck have positive THC: CBD ratios for hypertensive patients. But if your friend shows signs of irregular heartbeat or acute fluctuations in blood pressure, you should seek medical attention in an emergency ward or clinic.