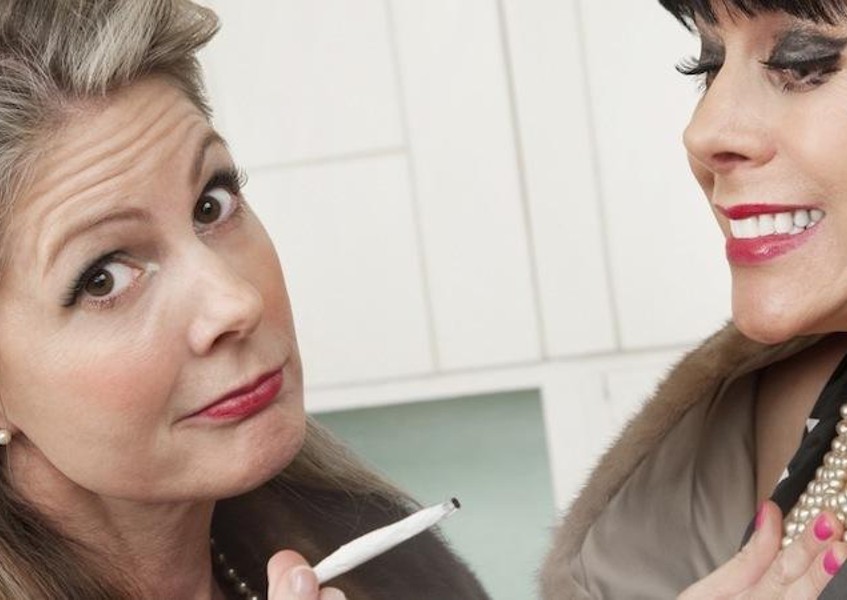 An age old question among marijuana smokers is, “Can I get higher by holding in my hits longer?” After all, if you can get high from holding a hit in for a few seconds, the theory is that holding the smoke into your lungs for a longer period will get you higher. It's even better when you exhale and very little smoke comes out of your mouth at all, right? Well, not so fast. As it turns out the answer to this age old cannabis question isn’t so simple.

Holding It All In

When you smoke marijuana the whole point is to inhale the smoke. This is where THC has the chance to be absorbed by your body, which is the entire reason for smoking pot. However, there are other substances and particulates that are absorbed with each hit including tar and toxins. Therefore you want to achieve that fine balance of getting enough THC into your lungs to get high and not polluting your lungs with toxic chemicals.

If you hold a hit in for six to 11 seconds, depending on the size of your body and lungs, you are good to go. Note there isn’t an exact science for exactly how long to hold a hit, but you can estimate that smaller stature smokers will hold it longer than, say, linebacker sized tokers. Exhale the rest of that smoke. While you may believe that you are getting higher by holding hits for a longer period, the fact is you are just depriving your brain of oxygen while overloading it with carbon dioxide. Along with the high that the THC provides you are going to feel light-headed from the lack of oxygen. However, you are not going to be higher simply because of the extra-long inhale.

Here’s another area to consider, the manner in which you are smoking pot. If you are smoking organic, hydroponics top shelf bud from a trusted bud tender, bubble hash, budder, or a concentrate like shatter, then you can hold the hit for a longer period of time without that much of a worry. As these forms of marijuana are likely to contain fewer toxins and particulates, such as chemicals from pesticides, they are less likely to harm you.

Also the method of smoking marijuana matters. If you are using vaporizers, for example, you are reducing the amount of smoke and particulates you are inhaling. Therefore you are naturally going to be less effected by toxins. Other methods, such as dabbing using shatter, involves a different method of smoking altogether. You are smoking concentrated THC rather than actual bud. This is another way to reduce the amount of tar and toxins that you are getting with each hit.

So the bottom line is this: the myth that holding in hits longer will get you higher is false. You will get higher but it will be due to oxygen deprivation, not because you are absorbing more THC.