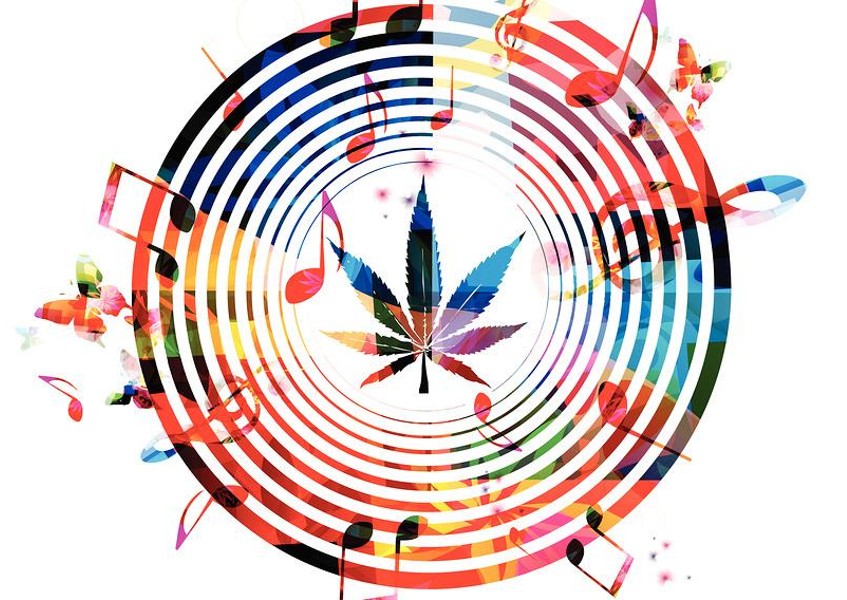 It doesn't matter whether you are a marijuana consumer, a music lover or both, the fact of the matter is that marijuana makes music better. From the funny songs that have been made about smoking weed and getting high to enjoying your favorite festival with some fine cannabis. Marijuana and music have had a relationship from the beginning.

To further the relationship between cannabis and music, musicians from around the U.S. are speaking up and expressing their love for the plant loudly. We are seeing famous musicians like Alanis Morissette, Dave Matthews, Melissa Etheridge and John Mayer openly talk about their marijuana use and why it is so helpful to them. Another musician that used marijuana as part of his religion was the Famous Bob Marley. Although many think he just smoked to get high, he used marijuana for much deeper reasons and did not believe it should be utilized in a casual manner. He liked to use it meditate and to get a better knowledge of self which in turn inspired his music.

Two other well-known artists at the for front of the pro- pot movement are Snoop Dog and Willie Nelson. When Nelson was interview back in November 2015, he mentioned that he only preferred a few tasty nugs and those where Sour Diesel and Blue Dream, which he had pre-rolled in joints on his tour bus. These were his two favorites to get stoned with before, during and after his concerts, as well as throughout his day. Although Willy is not up to par with today's marijuana lingo, the man does know magical strains for uplifting, creativity, and euphoria that go great with music.

Another great weed to smoke for feeling the vibes, trance and relaxation that music can offer would be Chemdog although it is a sativa it provides indica like relaxation effects which makes it suitable for those mellow tunes, which gets you want to sink into the couch.

A true indica, known as Deathstar offers you the real in-da-couch feeling. If you have had a long, stressful day and are looking to unwind with your cannabis and favorite song, Deathstar is the bud to bring along. It promises you an entire body high that will take the stress away. Do be warned it can cause tired like effects if you are not used to indicas.

Now, some of you may be looking for a more upbeat strain to dance the night away or even shake out some of the day's stress. These strains usually are some form of sativa or hybrid-sativa dominate strains. Strains with these properties tend to have an uplifting, energetic and clear-headed giggly high that will have you up and dancing in no time. Some of these strains would be the strains called Cheese, Alien Dawg, Agent Orange (a super hybrid-sativa), AK-47 (personal favorite to smoke during live music performance's) and Juicy Fruit another great hybrid-sativa, just make sure to get the munchies under control before you go out.

These strains should offer a whole new way to enjoy your music if you have never smoked while listening to your favorite songs. If you are a regular musical smoker, then hopefully you will find some new strains to try with your music, there is everything from upbeat dancing strains to the in-da-couch chill out weeds.