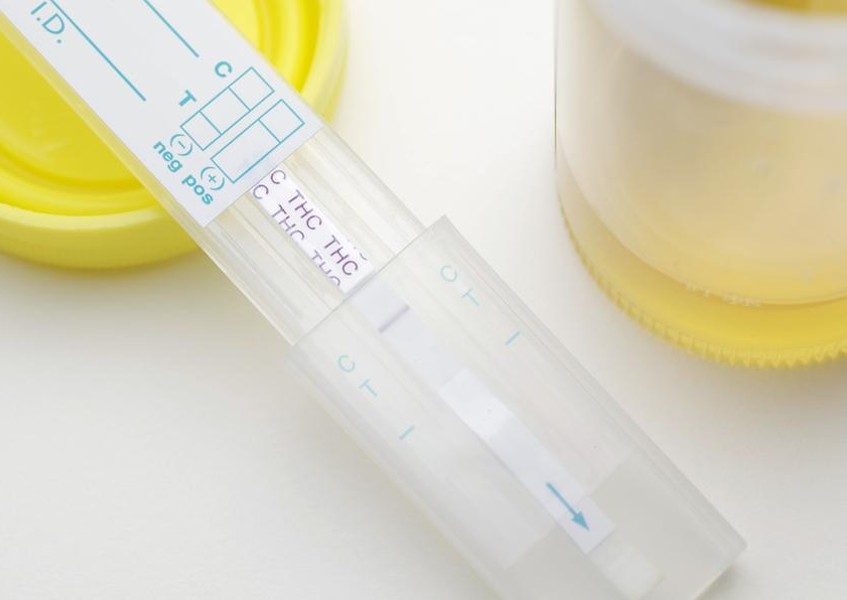 The rush, the buzz, the high comes from the THC (tetrahydrocannabinol) content in cannabis. When you smoke marijuana, your blood stream transmits the chemistry from the lungs’ alveoli to the brain.

When you eat cannabis edibles, your stomach processes the THC, and metabolism sends it to the brain through the blood stream. That’s why the high takes a little more time to hit you.

Under that influence, you may have to deal with workplace, school, or other prohibitions that test you for cannabis use. So, you want to know how long cannabis stays in your body.

Once THC reaches the brain, it interacts with the brain’s cannabinoid receptors. It fills in for the brain’s natural functioning and induces the sedative and/or psychoactive effects.

According to the U.K.’s Spectrum Labs, “Marijuana is liposoluble, meaning it absorbs into fat cells.” They point out that urine and hair sample tests do not test for the presence of cannabis; “Drugs go in the body in the psychedelic form and come out as a metabolite. The psychoactive ingredient in marijuana is 11-nor-D-9-tetrahyrocanibinol (THC). This is oxidized by the body and comes out as 31 different metabolites. The most prevalent form is 11-nor-D-9-tetrahyrocanibinolic acid (THCA).”

How long does it stay?

Metabolism is partly a function of age, gender, body type, and frequency of use. How long it stays in your system is put simply by Drugs.com: “As a rough guide: if you smoke the occasional joint, weed will stay in your system for up to 10 days. If you smoke regularly, up to 45 days and if you smoke constantly, 90 days.”

Other sources quibble about the days, but they don’t differ by much.

Most tests involve urine or hair samples. But, some tests are run on saliva samples. According to HelloMD, “Saliva testing offers the shortest detection window and thus provides a record of more recent marijuana use. THC is most readily detectable in saliva one to two hours after ingestion, but can continue to produce positive results for up to 12 hours. The results of saliva analysis are not always reliable because only minimal amounts of marijuana are excreted in saliva.”

Can you pass drug test?

Given these numbers, your best chance of passing a drug test is to avoid intake for 90+ days before the test. Obviously, this will not work for random testing situations. If you want to pass the marijuana out of your system in 30 days, you can try to flush your system with a significant increase in water consumption and burn the fat cells with aggressive cardio workouts.

Natural diuretics like coffee and cranberry juice will dilute your urine, and over-the-counter and herbal diuretics might help. And, regular does of B-12 will keep your urine color sound. It is reasonable to infer that your first urine of the day is the “dirtiest” and that if you gather sample from mid-stream, it may contain less contaminant.

The irony, perhaps, lies in the fact that the immediate impact of marijuana lasts only hours. Yet, evidence of use remains in the system so long. Regular users will have difficulty passing drug screens and tests for up to 90 days after stopping cold. Even occasional users would have to calendar a test to protect their own interest.