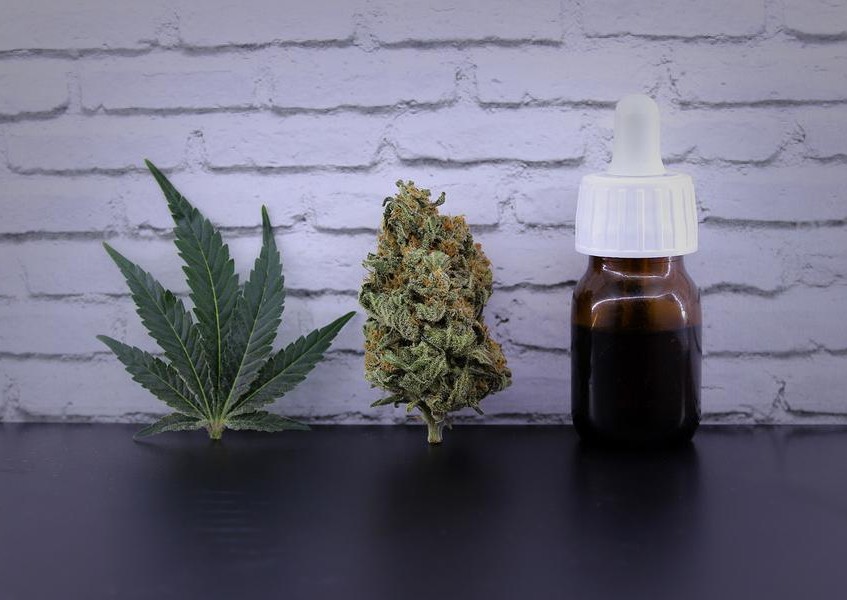 “Terpene” might remind you of turpentine. And, you’d be right. Conifers, mostly evergreen trees, exude terpenes through broken or damaged bark. There’s a bunch of different terpenes, and they don’t all produce turpentine.

Some produce chemical compounds that produce retinal and steroids. This involves a lot of chemistry and the research and development that synthesizes and combines derivatives into hundreds of products, including some with health benefits.

The ample research into terpene properties indicates how people have had an interest in them for ages. Interest and use date to times when shamans, wizards, and alchemists used just about every part of a plant to create potions, salves, and oils to cure hundreds of ailments. Some worked better than others, and the trials turned into legends.

Why focus on Pinene?

For cannabis users, terpenes produce the oils that provide the aroma and taste in different strains. They put the fragrance in rosemary, parsley, pine cones, and more. Lilacs are scented with terpineol. Citrus, especially lemons, contain limonene. The hops they use in your beer have myrcene. Linalool makes lavender so lovely and sleep-inducing. And, pinene makes pine trees so pungent.

Scientists have mixed the terpenes with other terpenes and/or cannabinoids to alter, weaken, or strengthen their by-products. They go into perfumes, air fragrances, and scented candles. More interesting is the potential for synthesizing the known medicinal elements into pharmaceuticals and over-the-counter medications.

Pinene is just one of the most common cannabis terpenes and comes from the variety of designated “pine” trees. You’ll also find the distinctive fragrance in basil, cedar, dill, eucalyptus, parsley, rosemary, and more. The “alpha pinene” is the most common terpene in the world including cannabis.

Alpha-Pinene (a-pinene)reminds you of the aromas from the chest rubs and bronchial vaporizers used to relieve coughs and congestion. Science.gov chronicles research on medical values in pinene dating back to 1980. And, research continues into its anti-viral and anti-inflammatory benefits.

Cannabis consumers benefit from learning about terpene characteristic in the different cannabis strains. Knowing more helps you select the aroma and tastes you prefer, but it also lets you choose among Sativas, Indicas, and hybrids for the medicinal results you want.

What to expect from pinene?

Pinene’s cannabis strains often produce a focused and alert sensation because it counteracts THC mechanisms. Users report improved short-term memory and creativity. And, it is likely found in strains where it can offset the adverse effects of THC. What may be news to you is the growing interest in the results of advanced research into pinene’s medical benefits.

Terpenes generally account for 20 percent of the resins produced by maturing female cannabis plants. Smoking cannabis burns the product into an effective smoke and aroma.

♦ Entourage Effect: Because there are other terpenes and cannabinoids present in any strain, there is an entourage or coattails effect making it difficult to discern what benefits attach directly to pinene.

So, many of the research studies focus on combinations and interactions of terpenes. This does not stem from confusion. It reflects some difficulty in segregating the terpene and some acceptance that there is no reason to reinvent combinations with proven track records.

♦ Anti-inflammatory: The American Journal of Chinese Medicine (2015) concludes, “These results indicate that α-pinene has an anti-inflammatory effect and that it is a potential candidate as a new drug to treat various inflammatory diseases.”

The Journal of Natural Products (2014) covered a study “to further characterize the potential anti-osteoarthritic activity of selected pinene derivatives by evaluating their ability to modulate inflammation and extracellular matrix remodeling” in patients with osteoarthritis. 2017 research for Acta examined the most effective dosage for anti-inflammation and anti-hypoglycemic problems.

Other work has considered the values of a-pinene to offset bronchial inflammation among workers in paper factories, in house dust allergies, among volunteers in a sawmill factory, exposure to diesel fumes, and inflammation-related acne. The research studies effects, but it does not explain the mechanism of action.

♦ Anti-cancer: Cells die as a result of injury (necrosis) or as a result of nature’s course (apoptosis). Apoptosis is a natural cell suicide, a good thing that cancer disrupts by accelerating the growth and spread of cells.

The International Journal of Immunotherapy and Pharmacology (2008) advised readers on the advantages of strolling through a pine forest for stress reduction, respiratory help, and anti-cancer proteins. A 2001 report in Biological and Pharmaceutical Bulletin focused on the terpenes’ effect as anti-metastatic agents acting through the inhibition of tumor cell migration. And, among many other studies, Molecules (2012) reported significant effects of a-pinene treatment on MRSA infections, microbial damage, and biofilm productivity.

1. Romulan guarantees couch-lock. Extremely potent, it won’t take 10 minutes before you are in for two-plus hours of serious laziness. It has a reputation for treating anxiety, chronic pain, chronic stress, depression, lupus, PTSD, and insomnia.

You want to investigate the source of your Romulan because what was 100% Indica has morphed into a still powerful Indica-dominant hybrid. It smells sweet and earthy with market pine and skunk. Users tend to favor its up to 24 percent THC for its knock-out punch, so it’s not a strain to begin using or to use during the day.

2. Bubba Kush is a long-time favorite of those looking for the full-bodied relief from pain and other ailments. The pinene gives it that earthy and woody smells and tastes. This 100 percent Indica scores as high as 27 percent THC for potent sedation. It is recommended for use before bed for the relief of ADHD, depression, insomnia, and stress. Don’t even think of using before work, driving, or operating machinery.

3. God’s Bud is a balanced hybrid, more to the liking of average users. At 50: 50, it reports to 22 percent THC. It still offers an intense euphoric uplift with creative energy leading to overwhelming laziness without negative side effects. Brain and body effects include a reduction of anxiety, severe depression, chronic pain, and chronic stress. The plants are juicy with resins contributing to its herbal and earthy aroma. It is not recommended for those with insomnia.

4. Mango Haze is another balanced hybrid that still boasts up to 23 percent THC.  You can use this during the day to relieve incidents of anxiety, fatigue, migraines, and pain. You’ll find a happy high hitting your head and working its way through your system. It brings creative energy and focuses as it eliminates negatives. There’s no heavy sedation, but there are nice mango and forest fragrances.

5. Jack Herer remains its ever-popular self. The Sativa is recognized for its earthy and pinewoods aroma. It leaves you bubbly high and happy thanks to its 23 percent THC. It helps you forget symptoms of ADHD, anxiety, bipolar disorder, chronic stress and pain, migraines, and PSTD. There’s always some risk and panic with THC this high, so Jack Herer is not for first-timers.

You’ll know pinene strains by their smell. Those reminding you most of pine forests are likely to have the highest pinene content to relieve bronchial issues. All appear to help with inflammation, anxiety, and pain. No one recommends cannabis as a cure, but if the pinene you’ll find in pine detergents and cleaners works for you as a disinfectant and room deodorizer, it might help you at much lower and organic doses.