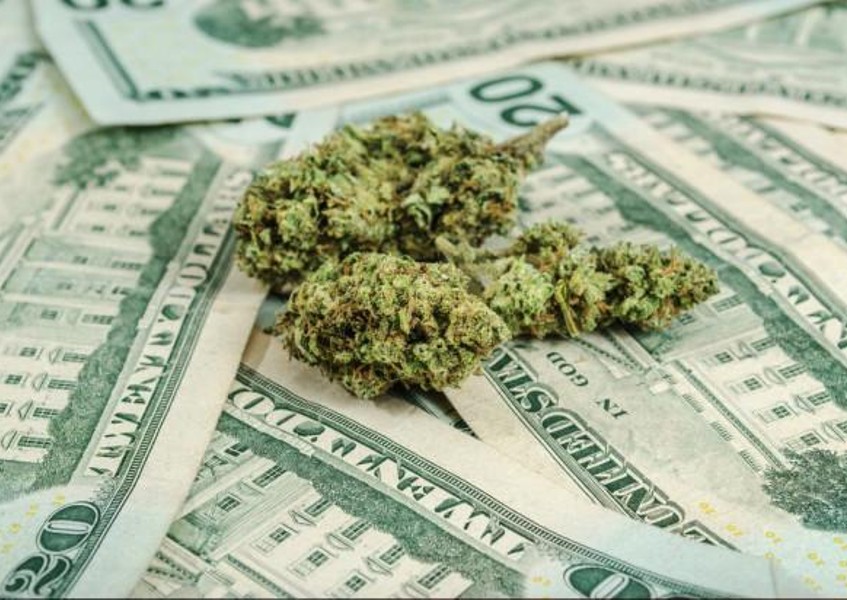 With marijuana prices as high as $3,400 per pound on the black market in Midwestern states and starting at more than $200 an ounce even in states where it is legal, those who depend on marijuana for a variety of medical reasons are looking for ways to save money.  The following are a few ways you can stretch your cannabis bucks.

Save your pennies and buy larger quantities.  The smaller the purchase, the greater the price per gram.

Don’t keep your weed in baggies. First, manhandling your weed in a baggie can crush the buds and cause them to degrade. The less it’s exposed to light and air the longer the THC will remain potent. Find a dark-tinted jar that seals tightly and store your cannabis in a cool, dry, dark place.

If you do smoke joints or blunts, save the roaches for future use. If you’re desperate, you can smoke them all at once. Or, you can add the contents a few at a time to the fresh cannabis in your joint, pipe or bowl.

Put less cannabis in your joint and you will automatically smoke less.

Once you’ve had a couple of hits and begin to feel a buzz, wait before hitting again.  That gives you time to decide if you’re high enough and avoids wasting your stash when you’re already high.

Use a daily pill dispenser box to divide your weed into seven-day servings, or use small, dark-colored prescription bottles for your daily doses. Always store it in a cool, dark place.

Smoking joints is most wasteful way to burn weed because such a large percentage escapes into the air.

Grind and Save Your Kief

Also known as “pollen,”  “dry sieve” or “sift,” keif generally refers to the unprocessed trichomes that fall off the marijuana plant. Many people collect these crystals and sprinkle them on top of joints or pipes to dramatically enhance the potency and flavor of inhaled cannabis. Others prefer to smoke their kief solo

While trichomes may be released naturally as marijuana dries, kief can be extracted more efficiently from the whole plant using a grinder. These ground trichomes can be used in a vaporizer or bong and can enhance your high – making it possible to smoke less.

Leave Some at Home

If you are off to smoke with friends, don’t take all of your stash with you--that way you won’t be tempted to share it all in one session.

Depending on the Medical Marijuana Laws in your state, grow your own. If you have the time and inclination to pay attention to your plants, a $100 investment (seeds, soil, fertilizer) can pay off in $800 - $1000 in beautiful bud. Resist the urge to play with your growing plants – you can knock off the trichomes. When it’s harvest, time, pick by the stems.