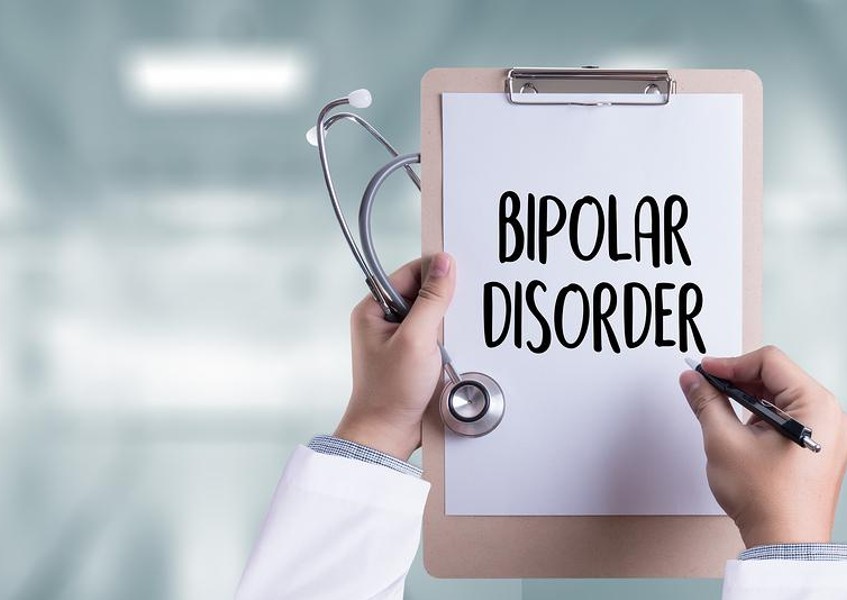 Bipolar Disorder is more common than the media presents or notices. The National Comorbidity Survey Replication estimates 4.4 percent of U.S. adults experience bipolar disorder at one time or another in their lives. Some 2.8 percent experienced bipolar disorder this past year, and the experience affects males and females about the same.

Considering the sources and symptoms of bipolar disorder, it makes sense to look at how cannabis might offer some help in its care.

The International Bipolar Foundation makes clear, “So when we refer to bipolar disorder, we are not talking about good moods or bad moods. We are talking about two extremes of the mood dimension- mania (a feeling of elation that causes feelings of excitement and increased activity, to the point of making dangerous decisions) and depression, excessive sleep, and lethargy. A range of symptoms exists- people with bipolar may not feel both the extremes for the same period of time, or may feel one for a prolonged amount of time with greater intensity.”

Doctors don’t know what causes bipolar disorder. But, according to Steve Bressert, Ph.D. writing for PsychCentral, “current thinking is that this is a predominantly neurobiological disorder that occurs in a specific part of the brain and is due to a malfunction of certain brain chemicals (that occur both in the brain and the body). Three specific brain chemicals have been implicated — serotonin, dopamine, and noradrenaline. As a neurobiological disorder, it may lie dormant and be activated spontaneously or it may be triggered by stressors in life.”

The Mayo Clinic warns. “Finding the right medication or medications for you will likely take some trial and error. If one doesn't work well for you, there are several others to try. This process requires patience, as some medications need weeks to months to take full effect.”

But, treating doctors will prescribe:

They will recommend psychotherapy including:

The research jury is out on the value of treating bipolar disorder with cannabis. We are not qualified to endorse cannabis as an effective option for a difficult to diagnose and treat mental condition. But, the correlation between aspects of bipolar disorder and demonstrated benefits of cannabis properties.

PsychCentral concludes, “It may be a few more years before we have a more concrete understanding of the benefits and drawbacks of medical marijuana for mental disorders. Until then, you could try it if you feel comfortable doing so, but as always, you should consult your medical or mental health professional before trying any treatment.”

One study from the University of Warwick cautions, “The findings suggest frequent adolescent cannabis use is likely to be a suitable target for interventions that may allay the risk of young people developing bipolar disorder.”

Marijuana Doctors warn, “Some research has linked cannabis use with a psychotic threshold decrease where you transition into active psychotic symptoms. Your symptoms may get worse. However, cannabis use can lower the age where you start experiencing bipolar disorder symptoms.”

Some victims of bipolar disorder respond to the calming anti-anxiolytic properties of Indica strains of cannabis, and Sativa strains stimulate mood. When victims find relief from bipolar swings using medical marijuana, you must see them as individuals with unique reactions linked to their metabolism, physique, and degree of their bipolar disorder.

Without the serious long-term research on human subjects, qualified doctors are reluctant to recommend medical marijuana. We must see positive results soothing manic symptoms and/or lifting mood as the short-lived personal response to Indica or Sativa dominant strains, a correlation not a causal connection.

Patients will continue to seek relief in cannabis strains, edibles, and oils as long as they work.